Back in the day, I was a college freshman with
Mike Gilmour at the same institution where he’s now a New Testament professor. I didn’t know at the time that he was a Bob Dylan fan, but he’s since written a book about the biblical themes in Dylan’s music, so I guess one could say he’s well-versed in the topic. I imagine books like his Tangled Up in the Bible: Bob Dylan & Scripture (CBD Link) represent an awakening to the spiritual themes ushered forth from places long-considered by the church to be simply “unspiritual.” This is a good thing, but let’s come back to it.

I woke up this morning to an interview on the local CBC morning show where Terry McLeod interviewed the man who currently owns the house where Neil Young grew up. Last Sunday evening, Bob Dylan stopped by to see it, and the fellow gave Bob a tour of the house, followed by directions to the community center where Neil used to play with his band. Dylan was in town for a concert last weekend, though I wasn’t able to attend. Instead, last night at Saint Ben’s the liturgy was fully populated by Bob Dylan tunes, courtesy of Mike Koop. The event has been planned for a while, and I’ve been looking forward to it since Mike mentioned the idea to me back in September. The liturgy itself was the normal one we use for ordinary time, but the music was all Dylan except for the usual gathering and “Holy Lord” prior to communion. Here’s the rundown:

Lay Down Your Weary Tune from the 1985 album Biograph. The song was written on a trip to California with Joan Baez, her sister Mimi Farrina, and Richard Farrina. It’s first live performance was with Joan Baez struggling to sing harmony. It was recorded as a demo for “Times They Are A-Changin,” Dylan’s 1964 release, but was cut from the album. He performed it both nights at his famous Carnegie Hall concert in 1963, from which the audio here is taken. This filled the space at the beginning of the meeting prior to the formal start of the liturgy, and marks a transition from the business and cares of the week into a preparedness for the liturgy as it progresses to the table. The final verse: 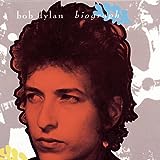 I gazed down in the river’s mirror
And watched its winding strum.
The water smooth ran like a hymn
And like a harp did hum.
Lay down your weary tune, lay down,
Lay down the song you strum,
And rest yourself ‘neath the strength of strings
No voice can hope to hum.

Setting of the Table

Father Of Night, from the 1970 album New Morning. For anyone who might imagine that Bob Dylan put out three “Christian” and a whole bunch of “secular” albums, songs like this one show a rather overt spirituality to the man, one which actually weaves through all of his work. In the liturgy, this was used as the preparation for the table, during which the table is set and baskets of food are brought from the back of the sanctuary and placed at the base of the table — these are donations of fresh fruit and produce to Agape Table, a “soup kitchen” that is run out in the same building where St. Ben’s meets. From here we pick up the standard liturgy in preparation for communion. Since the song isn’t terribly long, I quote the full set of lyrics: 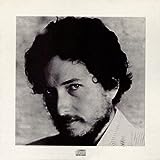 Of this song, Dylan said, “That was an inspired song that came to me. It wasn’t really too difficult. I felt like I was just putting words down that were coming from somewhere else, and I just stuck it out.” Evidently, it may have been partly inspired by a few lines from William Blake’s Auguries of Innocence:

To see a World in a Grain of Sand
And a Heaven in a Wild Flower
Hold Infinity in the palm of your hand
And Eternity in an hour.

As the liturgy for the approach to the table concludes, the musicians are served communion first; they then sit and begin to sing as the congregation gathers around the table at the front in successive circles until everyone has been served. As this is taking place, most people sing quietly or meditate on what is being sung by the musicians. There is normally time for two songs as everyone is served, with verses often being repeated. The first of these is Every Grain Of Sand from The Bootleg Series, Vols. 1-3: Rare And Unreleased, 1961-1991. Normally the first of the two songs is more contemplative, as most of the congregation are still approaching the table, and this song fits that bill, and is deeply spiritual… just three of the verses: 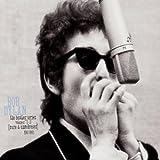 In the time of my confession, in the hour of my deepest need
When the pool of tears beneath my feet flood every newborn seed
There’s a dyin’ voice within me reaching out somewhere,
Toiling in the danger and in the morals of despair.

Don’t have the inclination to look back on any mistake,
Like Cain, I now behold this chain of events that I must break.
In the fury of the moment I can see the Master’s hand
In every leaf that trembles, in every grain of sand.

I gaze into the doorway of temptation’s angry flame
And every time I pass that way I always hear my name.
Then onward in my journey I come to understand
That every hair is numbered like every grain of sand.

Following this song, we move into I Shall Be Released, which has appeared on a number of albums, the earliest being Bob Dylan’s Greatest Hits, Vol. 2 in 1967. According to Robert Shelton’s biography No Direction Home: The Life And Music Of Bob Dylan, after Dylan’s motorcycle accident in 1966, when he was seriously injured at the age of 25, he retreated from the spotlight after suffering a great disappointment at the reception to his European and American tour dates — he’d been booed offstage and called a traitor; attendance dropped at some of his concerts. Dylan withdrew not only to recuperate, but to spend time with his family and in self-reflection. Shelton suggests the song represents Dylan’s search for personal salvation.

As people return to their seats from having taken communion, they typically engage with the song currently being sung, and begin to sing as well, so that as people finish at the table, the volume of the singing tends to rise — sometimes it reaches a crescendo with everyone singing aloud. Last night as we finished with “I Shall Be Released,” all the instruments except the percussion dropped out and the congregation sang out strongly, with an impromptu echo from the back of the room by one of the musicians who wasn’t scheduled for the evening. 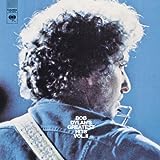 As we reached the final words of the final chorus, I would say we had a moment of genuine transcendence. Listen to the hope and longing rolled into one:

I see my light come shining
From the west unto the east.
Any day now, any day now,
I shall be released.

Into the Rest of Life

At the close of the liturgy, we tend to sing our way out with a concluding thought set to music. Last night it was Pressing On, from Saved. 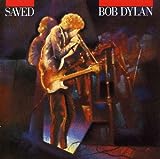 This is a song which for me speaks of perseverance born of hope, and is therefore a fitting follow-on to “I Shall Be Released.” One of the things which we must take away from a gathering is a sense of hope and endurance, and this song voices a renewed resolve to persevere in the calling of the Lord. A fitting way to end the evening.

I’ve never done the U2charist, though I doubt (no offense to U2) that it would really resonate with me nearly as much as this did. All in all, I would say that the “Dylan Liturgy” was a successful event, and hope to see it return with some of Dylan’s other works, perhaps something fitting in with Lent or even “In the Garden” during Easter, or even the final week of Lent. Someone suggested that if Mike could do a Dylan Liturgy, then they could do a Van Morrison Liturgy. One can only hope! As we do away with the false dichotomy between sacred and secular, we begin to discover more art — like music — that speaks of the artist’s desire and spiritual longing. As such, these translate easily (if they need any at all) to give voice to our own spiritual longings, common waypoints on our journeys. Van Morrisson, Bob Dylan, and U2 are only three examples… of course there are many others (offer suggestions in the comments). I say “discover,” but of course, some have known this for quite some time, or all along.

Update: The news of Dylan visiting Neil Young’s old haunts made news on Rolling Stone as well as in the local media.